Erica Synths has announced a new drum machine and synth during Superbooth 2021 – Perkons HD-01, and it`s already available as pre-order.

It’s rather sudden– the bolt of lightning strikes quickly, but the roar follows behind, as if giving one time enough to inhale. Finally, it strikes your ears like the skies breaking apart and in all its magnificence it rides the wind. PĒRKONS – a deity of old known by many names and also by ours on the eastern coast of the Baltic Sea – THUNDER, lord of the skies.

We at Erica Synths proudly present our newest creation – PĒRKONS (THUNDER) – a drum machine and synthesizer that will change your approach to electronic rhythm synthesis – an instrument which bears the weight of a storm beneath its sturdy casing. 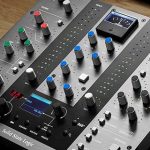 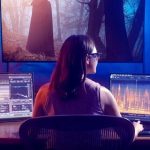